by Glamyo Health
No Comments

When to see a doctor for Hemorrhoid (Piles)?

To begin, you need to understand what a hemorrhoid is and what the different types and symptoms are. If you experience symptoms that are signs of Piles there are some options you can opt for, such as Home care, medication, and non-surgical and surgical procedures, which are described in this article. When these nerves are stressed, they swell up and the surrounding tissue mass collapses. As the stool passes, the swelling expands, causing discomfort, pain, and sometimes rectal bleeding. 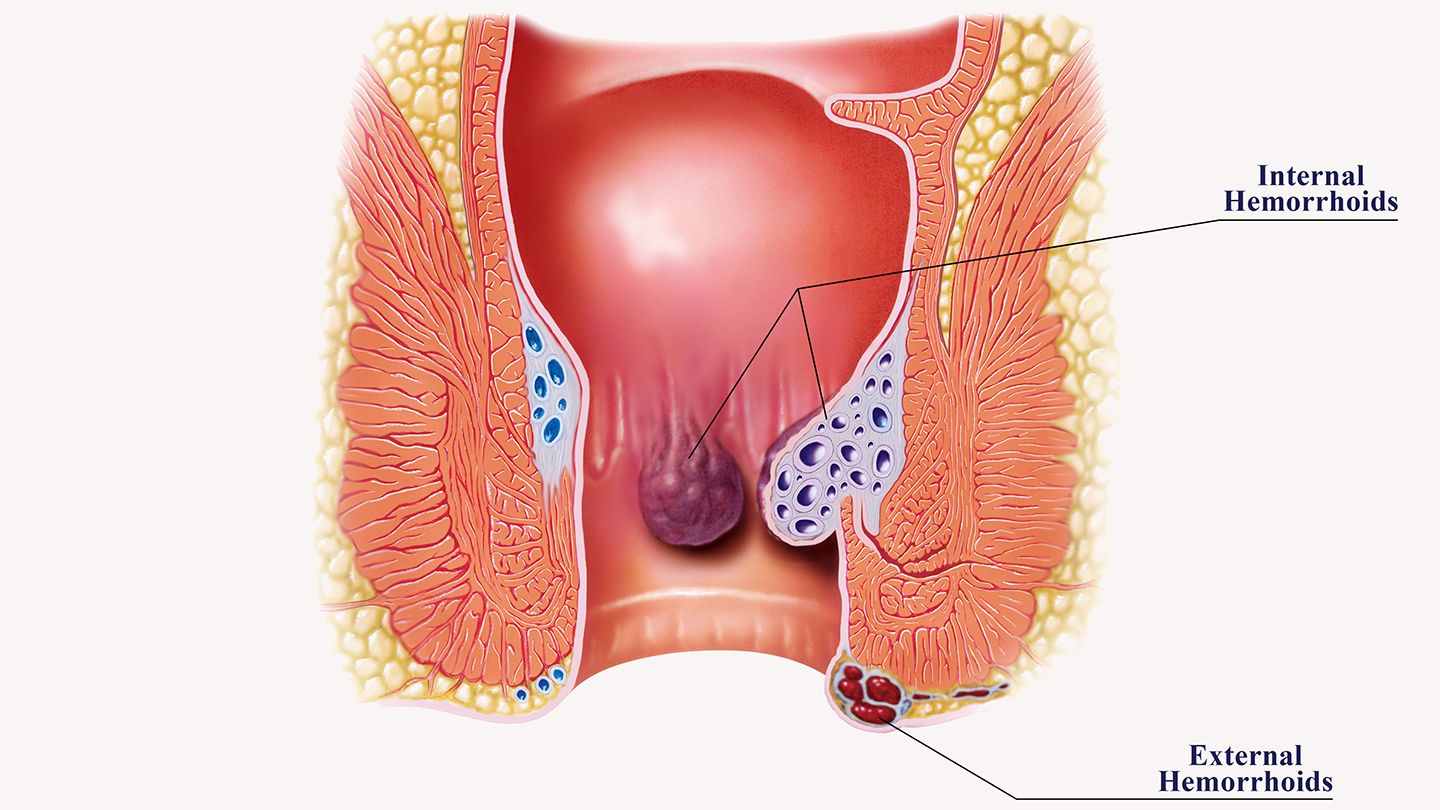 1. internal, originating in the rectum, and

2. external, originating in the anus.

5. a feeling that your bowels aren’t actually emptied

Many doctors use a four-stage grading system to classify hemorrhoids:

1. Hemorrhoids that bleed but do not prolapse are known as first-degree hemorrhoids. These hemorrhoids are slightly swollen, but they do not protrude from the anus.

2. Hemorrhoids that prolapse and retract on their own are known as second-degree hemorrhoids (with or without bleeding). These can come out from the anus during specific actions, such as passing stool, and subsequently return to the body.

3. Hemorrhoids that prolapse and must be pulled back in with a finger are known as third-degree hemorrhoids.

Do Hemorrhoids Ever Cure On Their Own?

Sometimes they do. Smaller hemorrhoids are more likely to go away in just a few days. Keeping your rectal area as clean as possible during this time can help you avoid more irritation.

How Can You Cure Hemorrhoids?

Hemorrhoids that are more severe may not go away on their own. You’ll need to talk to your doctor about other treatment choices if you’ve tried home cures and over-the-counter treatments without results.

Seeing a Doctor About Hemorrhoids

Hemorrhoids should always be checked by a doctor. A medical examination will assist your doctor in recommending an effective treatment as well as excluding more serious reasons for your problems.

The doctor may suggest a bowel endoscopy examination. A digital rectal examination will most likely be used to check for anything unusual.

If your hemorrhoids appear to be larger, your doctor will likely prescribe a proctoscopy. A small tube with light and a lens will be used to inspect the membranes that line your rectum during a proctoscopy. This will allow your doctor to examine and measure the enlarged hemorrhoids. These processes are typically painless.

An anoscope, which is similar to a proctoscope but smaller, is used to do a more comprehensive visual examination for internal hemorrhoids. If there has been bleeding, the colon above the rectal area should be checked to check out more serious causes of bleeding, such as colon cancer, polyps, or colitis.

For the treatment of Piles, you have the choices of home care, medication, non-surgical methods, and surgery.

Individuals with hemorrhoids should increase their fiber intake to soften their stools. Fiber may be found in a variety of foods, such as fresh and dried fruits and vegetables, whole grains, and cereals. Fiber supplements such as psyllium, methylcellulose, and calcium polycarbophil may also help you get more fiber.

Stool softeners and increased liquid consumption, as well as bulk-forming laxatives, may be prescribed. However, the advantages of fiber, liquids, and stool softeners in terms of hemorrhoidal management have not been well-tested in scientific trials.

Stool softeners may help, but if you have haemorrhoids, even watery stools

might trigger anus inflammation and infection. Discussing the usage of stool softeners as hemorrhoid remedies with your health care provider and pharmacist is a good idea.

Sclerotherapy is one of the earliest types of hemorrhoid treatment. During this procedure, a liquid (phenol or quinine urea) is injected into the base of the hemorrhoid.

The veins thrombose, inflammation occurs, and ultimately scarring takes place. Ultimately sclerotherapy causes the hemorrhoid to shrink. Sclerotherapy might cause pain, but it typically goes away the next day. Hemorrhoids symptoms usually reappear after a period of time, and may require further treatment.

Rubber band ligation works by wrapping a tight rubber band around the root of the hemorrhoidal clump. The rubber band cuts off the tissue, which dies and is replaced by an ulcer, which heals with scarring. With first-, second-, and third-degree hemorrhoids, rubber band ligation may be more successful than sclerotherapy. Symptoms usually return after a period of time, but usually can be treated with further ligation.

The most common complication of ligation is pain. However, bleeding or bacterial infection in the tissues around the haemorrhoids (cellulitis) may occur one or two weeks after ligation.

Rather than eliminating the haemorrhoids, artery ligation interrupts their blood supply. This treatment works best for grade II-III hernias, and while it is meant to reduce postoperative pain, 20% of patients still report pain after the procedure, particularly when pooping.

Heat is used in a variety of therapies to damage hemorrhoidal tissue and induce inflammation and scarring, such as: 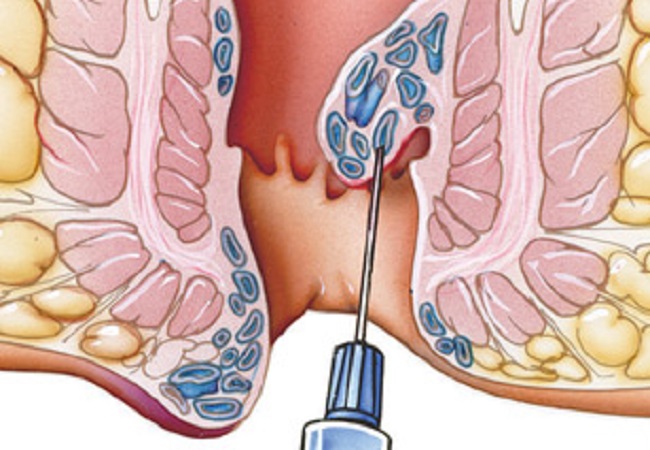 Such procedures destroy the tissues in and around the hemorrhoids and cause scar tissue to form. They are used to treat haemorrhoids of the first, second, and third degree. Pain is frequent, though probably less frequent than with ligation, and bleeding occasionally occurs. Other methods are laser and radio wave removal. Hemorrhoids in grades I to II, and in some cases grade III, are treated non-surgically; you should discuss the therapy with your doctor, as well as the expected outcome and recurrence rates.

The most effective treatment for persistent piles is surgery. Surgeons use open surgery as a standard surgical practice. However, as medical technology has advanced, lasers have become more common for the successful management of piles. A laser is a minimally invasive technique that has several advantages over traditional procedures.

In the treatment of piles, laser surgery is more effective. Unlike open surgeries, in Laser, no tissues need to be cut. As a result, there is no pain and no blood loss. The operation is performed with laser energy in a precise and targeted manner in the affected area. The surgery can be completed within a short time. As it is a minimally invasive surgery, the patient can return back to a healthy life within a few days.

The vast majority of people are able to treat their symptom-causing haemorrhoids without surgery.  It is estimated that fewer than 10% of patients require surgery if the hemorrhoids are treated early. Non-surgical treatment is recommended over operative treatment since it is associated with less pain and fewer consequences. Hemorrhoids are surgically removed (hemorrhoidectomy or stapled hemorrhoidectomy) for patients with third-or fourth-degree haemorrhoids.

The internal and external haemorrhoids are taken out during an excisional hemorrhoidectomy. The wounds left by the removal might be closed (stitched) or left open (open technique).Both strategies produce similar outcomes.

Maintaining soft stools that are simple to pass and do not involve straining is the best approach to avoid haemorrhoids. Constipation and the need to strain on the toilet can be reduced by eating a high-fiber diet and drinking lots of fluids (six to eight glasses per day), it minimizes your chance of developing new haemorrhoids.